The Fargo Force’s 4th annual Purple-N-Pucks night, sponsored by State Farm agent Gail Jordahl, was a great success with close to $18,000 raised to benefit embrace, Sanford Health’s Cancer Survivorship Program. For the first three seasons this event was called Pink in the Rink to honor those affected by breast cancer. The event was then changed to Purple-N-Pucks at the start of the 2011-12 season to represent all types of cancer. There were purple ribbons painted on the ice to honor all those affected.

The $18,000 donation was raised through individual ticket sales, ticket package deals, 20% of all merchandise proceeds, free will donations, a jersey auction and the purple mystery puck sales.

The purple mystery pucks sold were autographed by the Force players. There were 200 of them with each player signing one in silver. The fan that purchased the puck autographed in silver got to meet the player following the game and get their picture taken. All of the pucks were sold out before the game even started.

There was a special pre-game announcement to shed light on the impact cancer has on everyone. The announcement began with asking those who are currently battling cancer or are survivors to stand, they were then joined by those who have a family member affected and finally joined by others that knew someone in their community that have been affected. At the end of the announcement all 4,051 fans in the crowd were standing.

The final event of the night was the jersey auction, which brought in the majority of the money raised with the jerseys going for a total of $14,430. The game-worn purple jerseys featured a patch with the initials RN, in memory of Randy Nelson, husband of Fargo Force billet coordinator, Dorian.

Over the past four seasons, close to $80,000 total has been raised for the embrace program. The Fargo Force and embrace hope to continue this promotion for years to come. 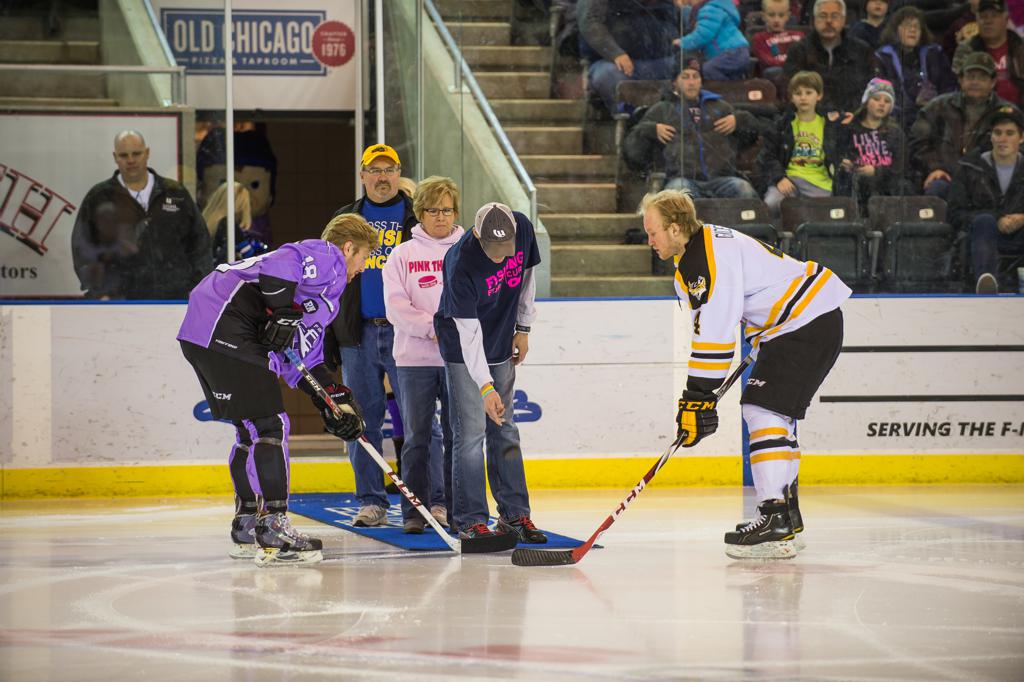 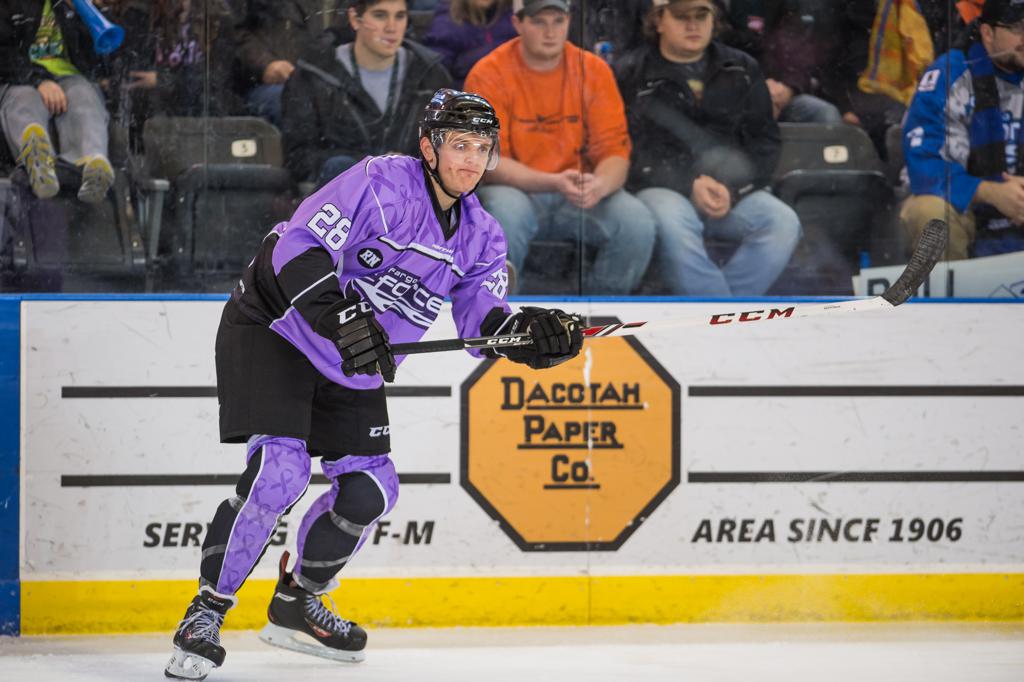