LINK AND HOGG CLAIM USHL PLAYER OF THE WEEK HONORS

Link had a stellar performance to start the New Year, his career best 5-point game on Friday night in front of a home crowd helped lead the Force to an 8-2 over the Sioux Falls Stampede. He tallied a pair of assists in the first period, a goal and an assist in the second, and added a 4th assist with 9 seconds remaining in the final frame. Link added his 5th assist of the weekend on Saturday night in the Force’s 4-1 defeat of the Stampede on their home ice. He is currently on a 3-game point streak and leads the Force in scoring with 22 points.

Hogg was an instrumental factor in Fargo’s sweep of Sioux Falls this weekend stopping 45/48 SOG for a .938 save percentage and 1.50 goals against average. He’s currently ranked 3rd in GAA amongst USHL goaltenders with a 2.30GAA and 4th overall in save percentage at .914. On December 16th he posted his first USHL shutout with a 17 save win over the Waterloo Blackhawks and has allowed only 3 or fewer goals in 10 of his 13 games this season.

The Force are on the road for three games this weekend as they’ll look to carry on their win streak and continue to move up in the rankings. The week starts early with a matchup on Friday in Omaha vs. the Lancers followed by a game in Sioux City on Saturday night and closing out the weekend in Sioux Falls on Sunday vs. the Stampede. All games will be streamed via HockeyTV or follow along with the live updates on all the Fargo Force social media! 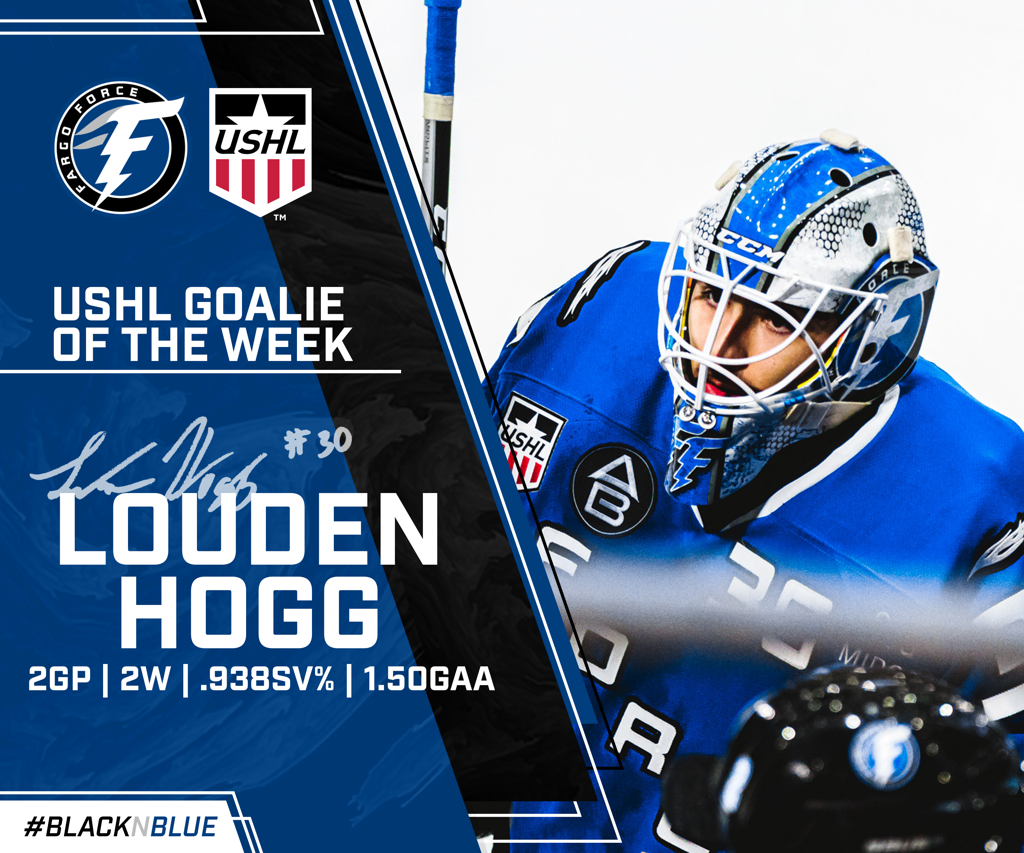 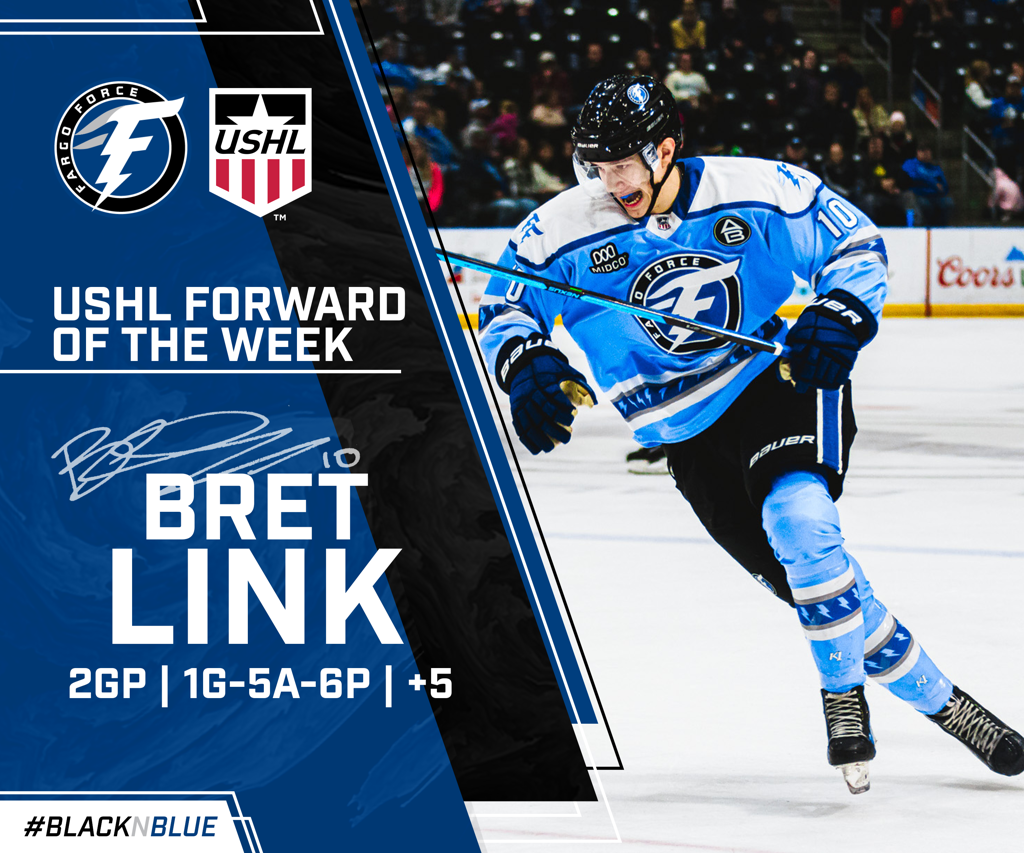