Sunday, December 26, the USHL announced the 22-man roster for the 2022 BioSteel All-American Game. This year the Fargo Force will be represented by forward Cole Knuble on Team Blue. The event is hosted to showcase the top American-born, NHL draft eligible prospects.

For the first time in it's three-year history, this season's rosters will be a combination of USHL players along with the USA Hockey National Team Development Program (NTDP) Under-18 Team.

The top draft eligible players will compete on Monday, January 17th at USA Hockey Arena in Plymouth, MI and the game will be broadcasted live via the NHL Network at 4p.m. ET (3p.m. CT), to purchase tickets visit www.biosteelallamericangame.com.

Knuble was selected by the Force in 2020 with the 57th overall pick in Phase I of the USHL Draft. Currently in his rookie season with the team Knuble is tied for first on the point leaderboard with 7 goals and 9 assists for 16 total points in 24 games played. The East Grand Rapids, MI native currently leads the team in powerplay goals with 4 and is a “C” Ranked skater on NHL Central Scouting’s Preliminary Players to Watch List ahead of the 2022 NHL Draft.

“Cole is a very deserving participant in this all-star game”, said Force GM, Cary Eades. “As one of the youngest players on the Force this season, he has established himself as a key contributor in all areas. He has excellent hockey sense and a strong work ethic. His game has improved steadily since we drafted him 2 years ago; a big reason he is moving up on a lot of NHL teams draft boards”.

“He is a high IQ player that makes every player around him better,” noted Force Head Coach Scott Langer. “Cole’s self-motivation and work ethic allows him to compete at a very high level, he is very deserving of this honor.” 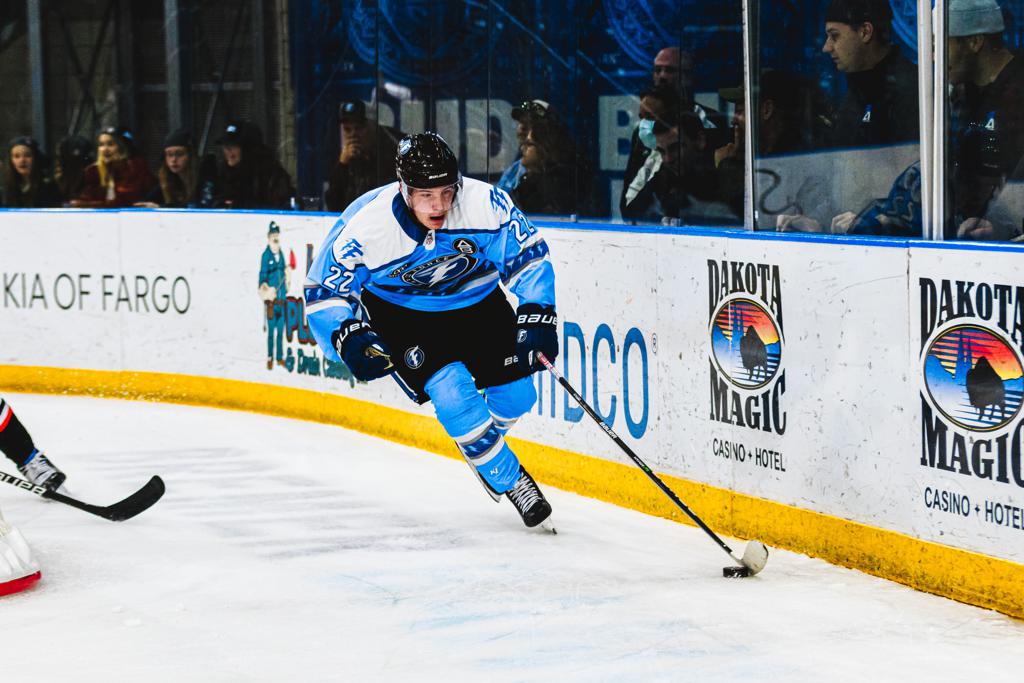