Day two round two was a big one for the Force this year seeing three players selected in the 2021 NHL Draft. Broz, Peart and Morrow were amongst the 50 total USHL players taken in the 2021 Draft. The United States Hockey League had an outstanding showing at the draft, reaching 50+ players from the USHL taken for the 4th straight season.

The first Force skater off the board was right-handed defenseman Scott Morrow, selected by the Carolina Hurricanes with the 40th overall pick of the draft. Morrow skated in six playoff games with the Force during the 2021 season helping the team win the Western Conference Championship and make a run at the Clark Cup. 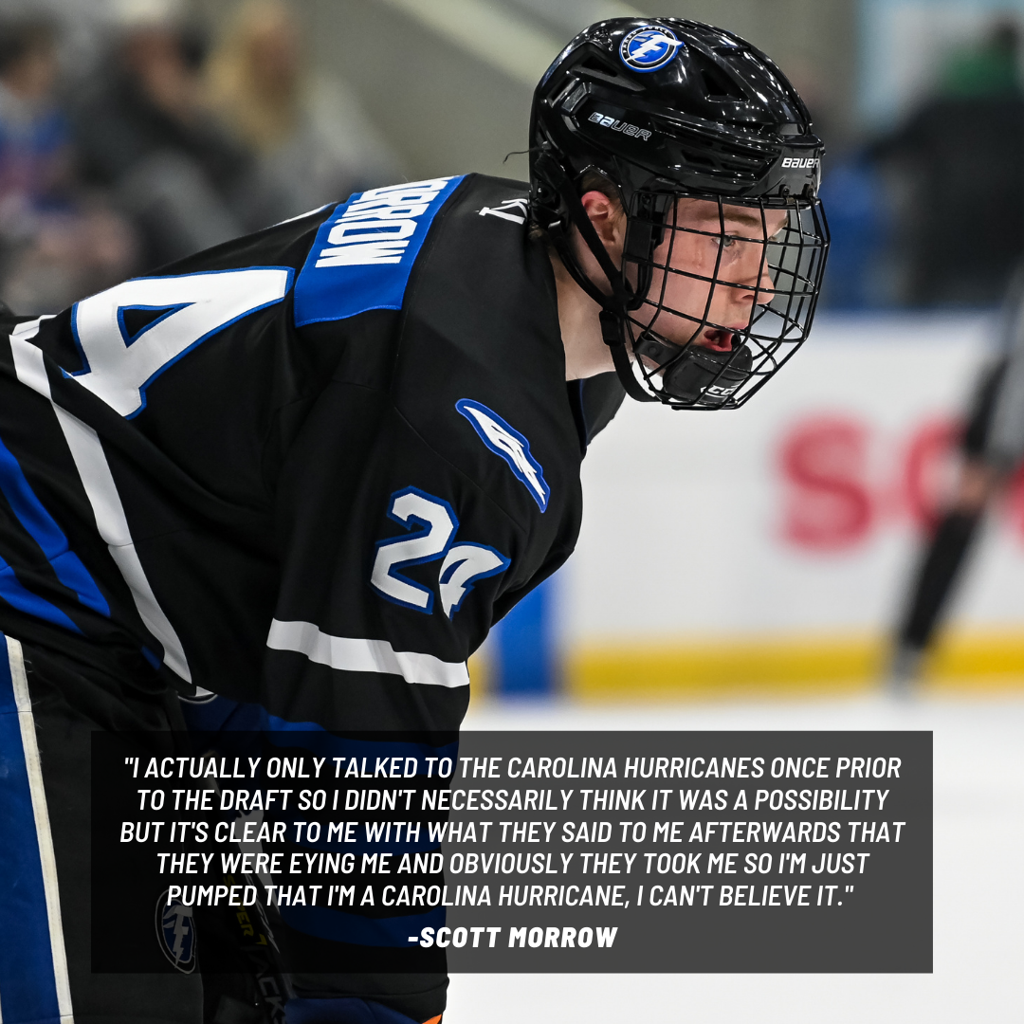 Next up was Force defenseman Jack Peart, taken by his hometown team, the Minnesota Wild, with the 54th overall pick of the draft. Peart skated in 33 total games for the Force this year putting up 1 goal and 14 assists during the regular season and adding on another 2 goals and 5 assists during the playoffs. Even with his shortened time in Fargo Peart's outstanding season earned him Fargo Force Rookie of the Year honors and a place on the USHL All-Rookie Second Team. Peart played out his highschool season with Grand Rapids where his talent earned him the 37th annual Mr. Hockey Minnesota Award. 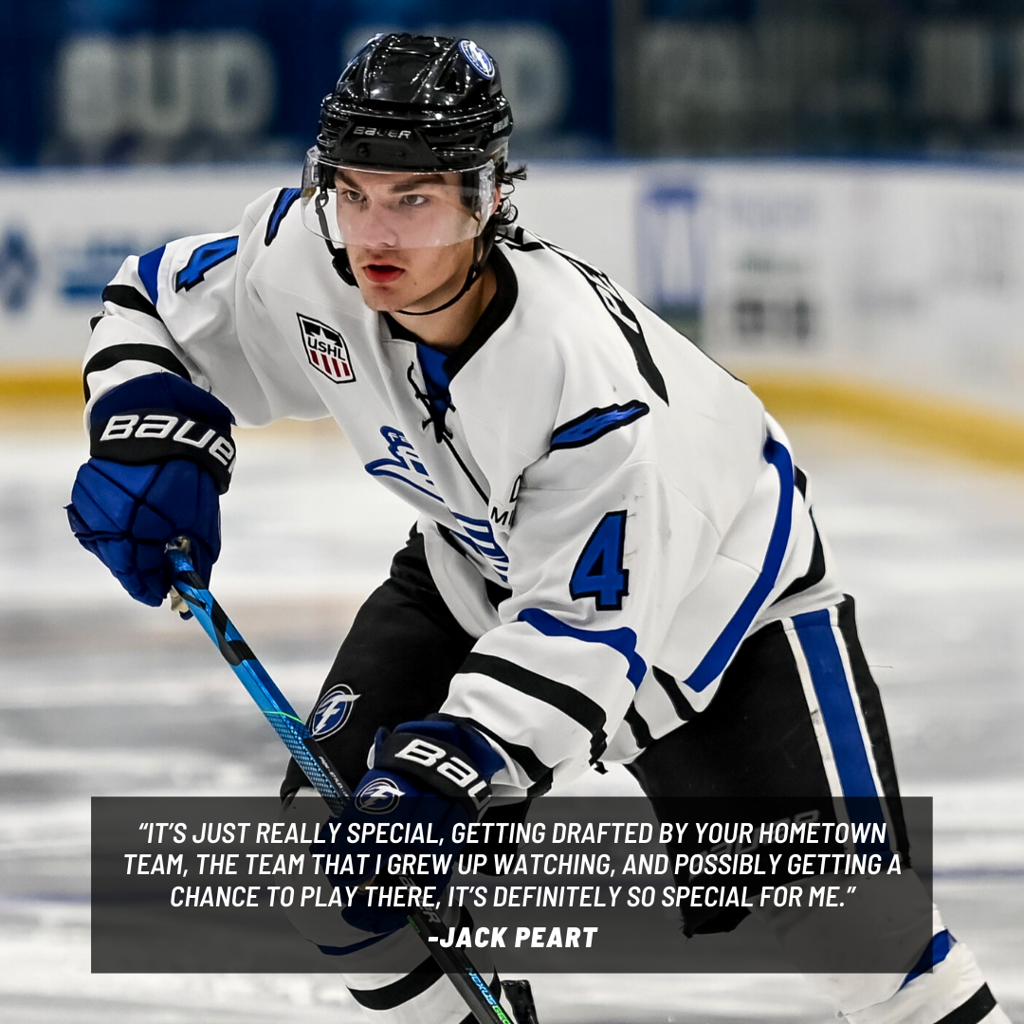 Four picks later, with the 58th overall pick of the draft forward Tristan Broz was selected by the Pittsburgh Penguins. Broz lead the Force in points this season tallying 19 goals and 32 assists for 51 total points. He added three goals and eight assists for a 1.22 points per game average in the playoffs. His impressive season earned him the 2021 Fargo Force Reggie Morelli Outstanding Forward Award. 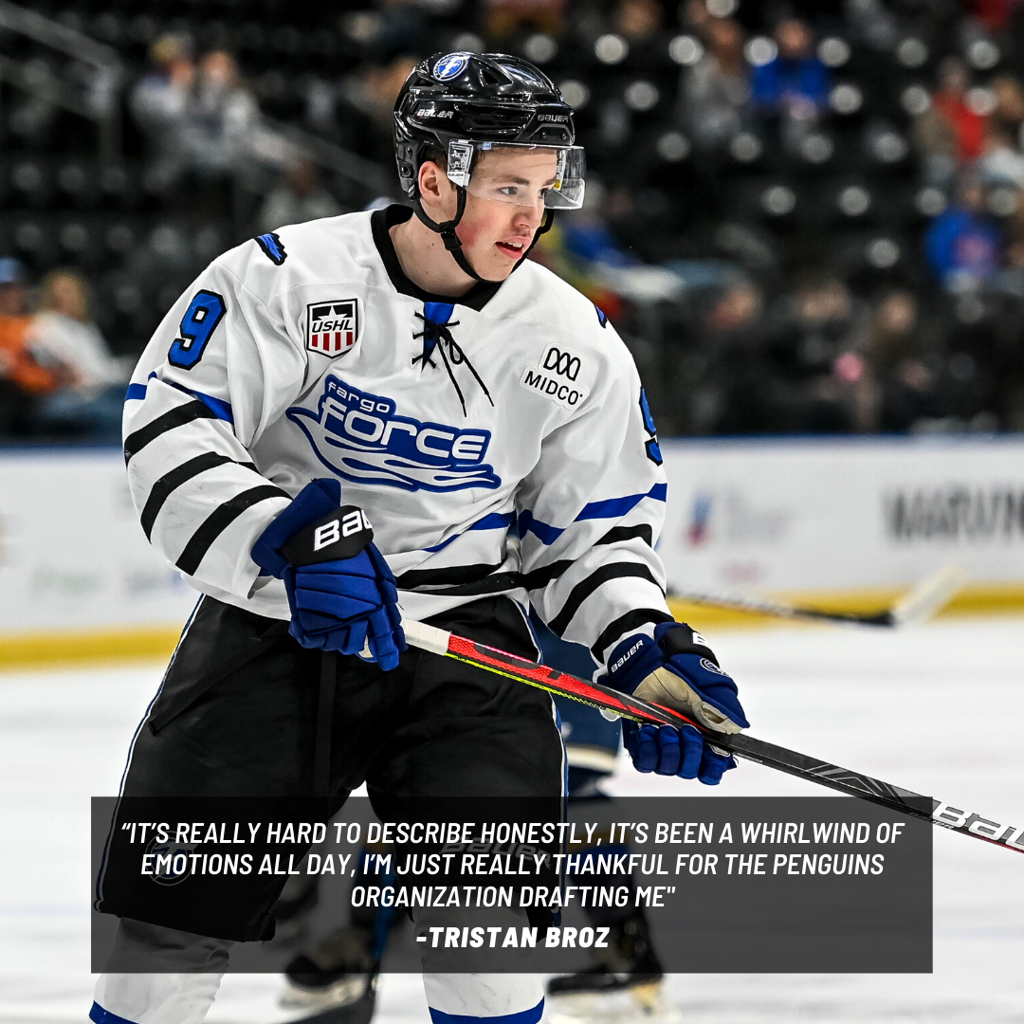